Physical events in select Alliance Francaise centres, including an Augmented Reality exhibition in Hyderabad that will be simultaneously presented in numerous Alliance Francaises in South Asia, VR Salons, interactions with AI bots etc.Explore below for more details. 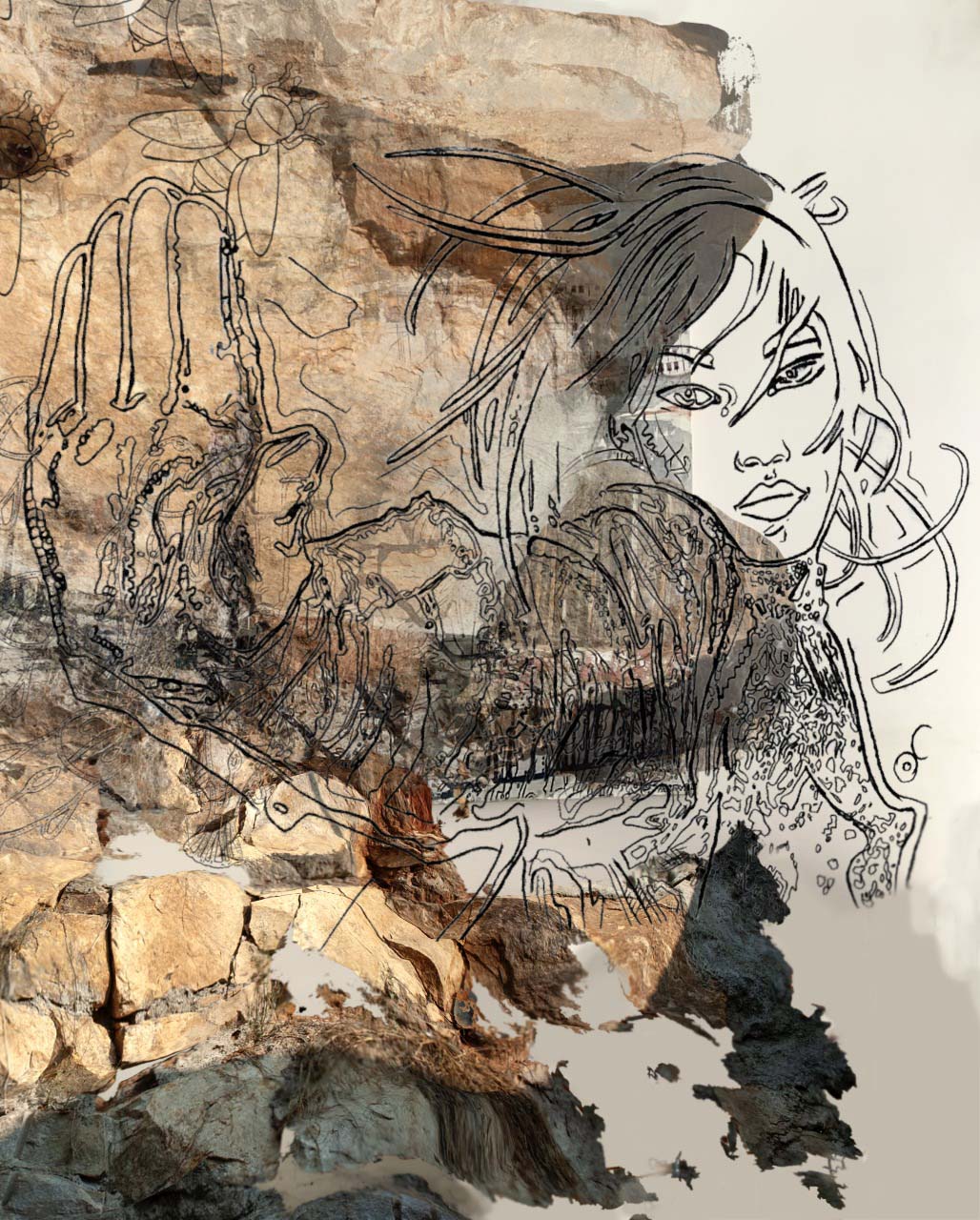 A Woman in the Dance-City is a Painting and Augmented Reality Exhibition with the In.space app for Androids and iPhones.

The story unfolds through 12 paintings in augmented reality. It is a poetic dream inspired by the granite rocks of Hyderabad on the Deccan Plateau in India. A woman (or perhaps a man or a child...) meets 12 entities, spaces and energies there: the Buddha of the rocks, the dragonfly, the tree, the source, the rest, the dance. Thanks to an augmented reality application, the poetic stories inscribed in the paintings are revealed. By moving around the works with a mobile device, the visitor discovers the spatial, narrative and sound dimensions. Thus, the pictorial space associated with a graphic universe is deployed in a dematerialized form.